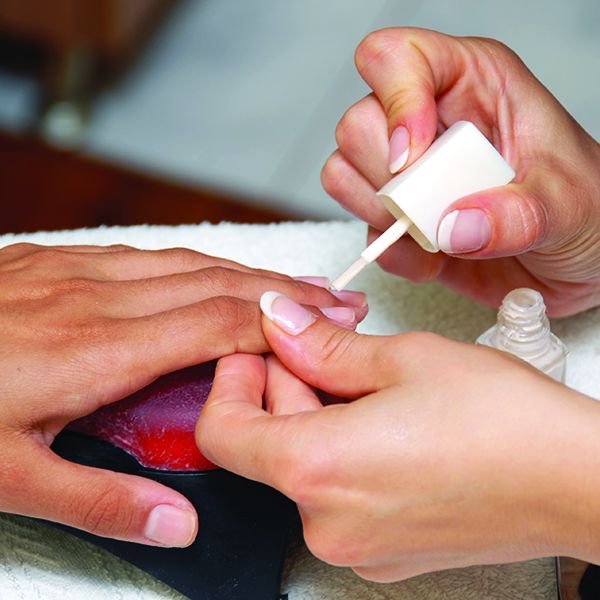 Over 200 nail salons raided on suspicion of illegal ‘slave’ workers

Over 200 nail salons raided on suspicion of illegal ‘slave’ workers

The raids took place between 27th November and 3rd December 2016 and led to 97 arrests, with more than 60 businesses being served notices warning them that they now face fines.

"We know from intelligence that in nail bars there is a high instance of illegal working within these businesses. Also, more importantly, we identified 14 individuals who may have been the subject of modern slavery. Those individuals are all Vietnamese and have been referred into the national referral mechanism ... where they'll receive support."

The raids were part of Operation Magnify – a cross-government drive to tackle illegal workers by targeting specific ‘risk’ industries, which includes the beauty industry.

"This operation sends a strong message to those employers who ruthlessly seek to exploit vulnerable people and wilfully abuse our immigration laws. Modern slavery is a barbaric crime which destroys the lives of some of the most vulnerable in our society."

“In 2013, we worked closely with The Times to support their story highlighting the extent of Human Trafficking in our industry, and we also made a subsequent submission to the consultation on a Human Trafficking Bill lead by Jenny Marra MSP. This story highlights that despite the high risk our industry represents, little has changed in just over three years, and the low barriers to entry including low start-up costs and a lack of formal regulation mean that our industry is still targeted by unscrupulous criminals.”

“As well as highlighting ways to identify possible human trafficking and encouraging industry professionals and consumers to report possible cases to their local police or to Crimestoppers, we also drafted and have lobbied for a simple, cost-effective licensing system that reduces the likelihood of human trafficking, without significantly costing legitimate therapists. Not only would the regulatory model that we propose considerably reduce the likelihood of human trafficking, but it will also help to make the wider industry more transparent and accountable, a key shortcoming that is regularly highlighted by the media.”

As part of BABTAC’s on-going campaign for industry self-regulation, we continue to lobby the government, promoting an industry-wide model, as well as contributing to specific incidents such as human trafficking. While we cannot actively provide support for victims, BABTAC is still working to raise awareness of the problem through Vitality magazine and our website, as well as driving for industry regulation or self-regulation.

The human trafficking campaign specifically, encourages customers and beauty professionals to look out for typical trafficking signs including:

We are also encouraging the public to check whether their therapist is ‘Qualified, Verified and Insured’ by BABTAC. If a therapist cannot produce evidence of their insurance and qualifications, or don’t have any, we advise the public to steer clear and go elsewhere; this is good advice regardless of the origin of the therapist and will help keep you safe.

Anyone concerned about potential trafficking victims should contact their local police or Crimestoppers.

Filed under…
© 2021 BABTAC – All rights reserved. powered by morphsites